Tags
Subscribers
Assigned To
Authored By

New needs also appeared and they can't be easily addressed with the current network organization :

The current network architecture is :

The goal is to progress steps by step and to validate the new architecture by testing it on non critical services (staging, new services like the inventory app)

The proposed solution is to :

The proposal for the step one : 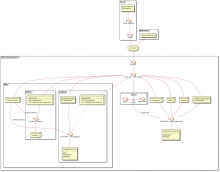 The identified tasks are :

For the record, this is a copy of the whiteboard after the metting : 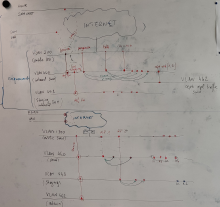 @olasd I looked at the swh-docs repository to store the sources of the diagrams as you have suggested but I'm not sure this is the better place to store them as the goal is not to display them on the doc site.

at this time, I will only attach them to this task.